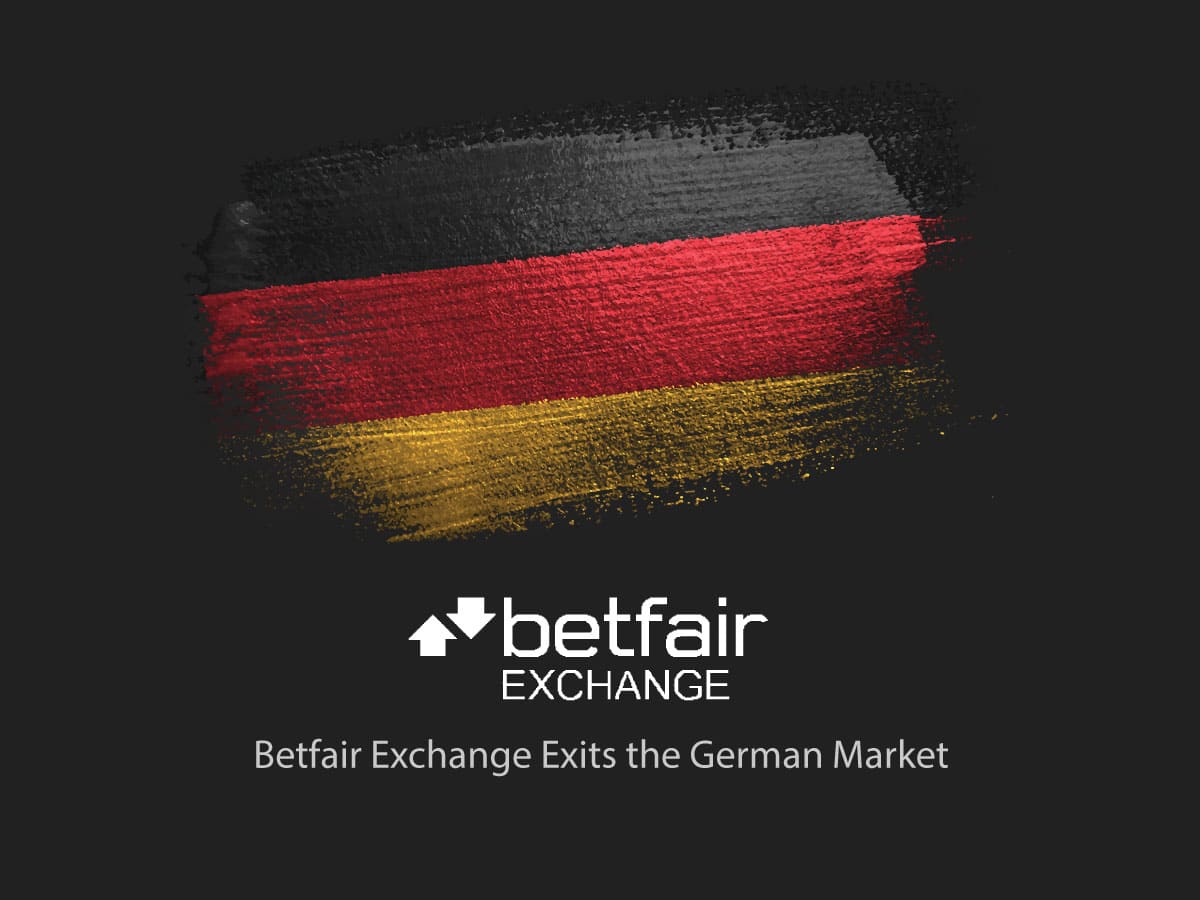 Sad news for german players, rumors turned out to be true – Betfair Exchange will be leaving the German market for good. The plan of the German online gaming market is changing with the introduction of new tax legislation known as
GlüStV 2021. A 5.3% tax on turnover both on online casino betting and poker games has generated mostly negative reactions. The charter is being re-evaluated by the industry giants. Due to the high tax, Pokerstars, Partypoker, and Unibet cut the number of games they will be offering on the market. Followed by Betsson’s decision, the Betfair exchange will be leaving the German market.

Why is Betfair leaving the market?

Betfair Exchange, which offers players an exchange system and allows them to bet efficiently, is not committed to paying a commission. The largest online operator, whose services are available in 40 countries and has been successfully operating since 2000, believes that the new tax makes it unprofitable.

Due to an excessive sales tax of 5.3%, Betfair Poker agreed to cease operations in Germany until June 30, 2021. German sports site Betfair was immediately closed to local players. Since June 29, the Flutter Entertainment subsidiary has blocked the new player registration process and banned betting from 3 PM on June 30.

The ongoing changes in German tax legislation created problems for many bookmakers already in 2012, during this time that Betfair Betting decided to leave the market. The new tax rate has proven to be a heavy burden on many online gambling operators, including Betfair, who said the company was disappointed that the tax authorities could not agree on an understanding of the law that would permit the company to offer the company exchange to the market.

Betfair claims that it is not a bookmaker but an intermediary in purchasing bets and should be exempted from additional taxes. The company offers poker and casino services to its residents in Germany, although withdrawing its core gambling products from the German market. Due to new restrictions, the operator is removing Betfair Exchange and Betfair Poker from the market, and other products are still available. Betfair noted that the current deposit would be minimal once the product is withdrawn.

Notably, in the last fiscal year, Betfair’s main revenue was 4% of German revenue and amounted to £ 6 million ($ 9.6 million).

Companies operating in the online gaming market in continental Europe complain about different regulatory regimes and tax systems packages. They are looking for opportunities to expand their operations in countries with clear rules and less stringent tax regimes.

The stringent tax restrictions have prompted the global Unibet Poker brand such as Betfair to leave the German market in part. Given the current situation in the German online gaming market, the website will no longer offer regular cash games and single-table tournaments to local customers. Still, it will retain the option of multi-table tournaments (MTTs) and jackpot tournaments. For the time being, operator offers will continue to be available to the German Players’ Fund, although offers will be limited.

WilliamHill, the UK’s largest bookmaker, says it will no longer offer any services to residents of Germany due to the current tax situation. In the future, its focus will be on Spain, Italy, the new Swedish-language website, and advertising in print media.

The world’s largest online gaming group is called Bwin. Party BPTY.L has cited German taxes as the reason for the decline in revenues. He changed his business model in the German market and no longer accepted short odds betting on sports events.

The largest market players believe that new tax rules aimed at getting rid of large companies have already begun, and this trend will continue in the German online gaming market in the future.

Why is Betfair leaving the German market?

The new German tax rules have put a heavy burden on Betfair, which offers players an exchange system that allows them to bet efficiently. Betfair claims that it is not a bookmaker but rather an intermediary in the purchase of bets, so it should be exempted from additional taxes.

What are Betfair services available for German players?

Germany is known for quite strict laws regarding sports betting. The bookmaker is legal in Germany, but it is illegal in Germany to bet on the exchange. Under the new tax rules, Betfair offers poker and casino services to its residents in Germany, although withdrawing its main gambling product from the German market.
By June 30, 2021, the German sports site was immediately closed to local players. Since June 29, the Flutter Entertainment subsidiary has blocked the new player registration process and banned betting from 15:00 on June 30.

Players from United States are accepted